I’m saddened to learn that urban planner and smell enthusiast Victoria Henshaw passed away last month. The multisensory emphasis of GARLIC & GREENS project and my artistic explorations of place and walking share many intersections with Victoria’s research. After years of working in town management, Victoria pursued design research focused on encouraging urban planners to recognize the value of the smell in the urban landscape. Victoria advocated for the need to preserve and protect the smells of the city, both pleasant and pungent.  I had the pleasure of meeting Victoria in Edinburgh in December 2011 after she gave a presentation at a conference we were both attending called “Sensory Worlds: Environment, Value and the Multi-Sensory”. 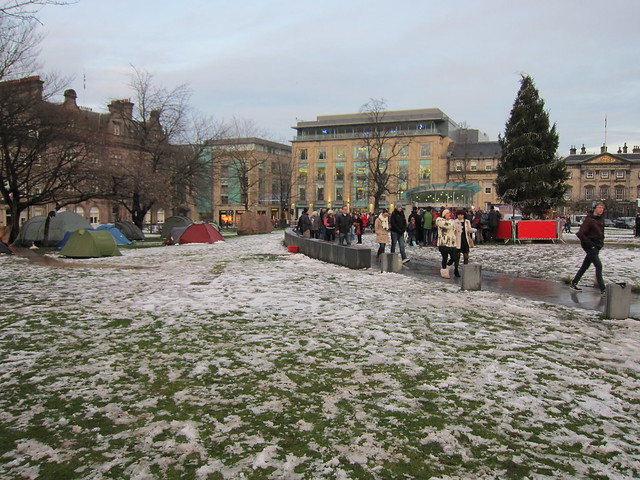 I remember being very inspired by Victoria’s talk, but also touched by the fact that she followed up with me after the conference, emailing a personal note with links to some books we had discussed.

For long time I have had the idea to make a smell map of Chicago: something like the work of designer Kate McLean mashed up with Jesse Seay’s Favorite Chicago Sounds. The project would document iconic Chicago smells, like the scent of the river after a sewage overflow event, or more pleasant odors like the Blommer’s chocolate factory (which now has its own tumblr page).

Who is going to take up the important work Victoria was doing to highlight the invisible and under appreciated aspects of the urban landscape? It seems there is a renewed urgency for me to work on a “Favorite Chicago Smells” map, and a nudge to continue the walking based performance projects that I started last winter. Thank you Victoria, for the inspiration and guidance. We’re going to miss you.

Here’s an interview that was published in Edible Geography: http://www.ediblegeography.com/smell-designing-sheffield/ and here’s Victoria’s obituary in the Guardian newspaper from last month: http://www.theguardian.com/cities/2014/oct/19/victoria-henshaw